“[Steve Marriott] was the best vocalist that this country has ever produced.”  David Bowie

Humble Pie is celebrating the 50th Anniversary of the band’s seminal studio album Smokin’.  In 2017, Ume released The A&M Vinyl Boxset 1970–1975 collecting the band’s key A&M – era albums including Smokin’ for the first time together in a limited-edition set.  Smokin’ and the other albums were re-mastered and appear on 180gm vinyl with replica artwork from the time.

The band’s legacy has left an indelible mark on music, culture and countless artists who have followed. Today, a new website has been launched to celebrate the past, on-going relevance, and the current incarnation of Humble Pie as they look forward in partnership with Jerry Shirley.  The domain is simply www.humblepieofficial.com, and a new store with authorized merchandise in partnership with Perryscope goes live today. With this milestone moment, a short historical summary that led to this iconic status in the annals of rock follows below…

When singer Steve Marriott stormed offstage at London’s Alexandra Palace on Dec 31, 1968 with his wildly popular band The Small Faces—the band which literally defined the Mod ethos throughout England in the mid-’60s—it was the end of an era for British psychedelic pop, the finale for the Small Faces, and the big bang moment for Humble Pie.

Marriott’s new “supergroup”—as the British press quickly dubbed them—were the heavy harbingers of a new generation of organic, hard-hitting blues-rock that would help define the denim and doobies half-decade of the early 1970s. Their unimpeachably classic LPs like 1971’s heralded live album Performance: Rockin’ the Fillmore and 1972’s commercial breakthrough Smokin’ remain veritable cornerstones of classic rock, foundational influences for generations of artists from Van Halen to Quiet Riot to the Black Crowes to Rival Sons, Dirty Honey, and beyond.

Only 22 himself at the time, Marriott’s first call after exiting stage left on that fateful New Year’s Eve was to his 19-year-old friend, the unusually gifted and fresh-faced lead guitarist and singer Peter Frampton—then of popular pop-rockers The Herd—whom Steve had recently taken under his wing. Indeed, Marriott had even included Frampton on several sessions and live performances with The Small Faces, aiming to have him join the band. Failing in that effort, Marriott had begun to curate a new, as-yet-unnamed combo with Peter as frontman, which would feature Frampton’s guitar and voice alongside 17-year-old phenom drummer Jerry Shirley, from Immediate Records’ minnow band The Apostolic Intervention. “So . . . can I join your band, then?” Marriott reportedly asked.

With him, Marriott would enlist another A-list ringer in Spooky Tooth singer/bassist Greg Ridley. “Greg was easily the most respected funk-oriented bassist in Britain at the time,” recalls Shirley. “We were very excited to have him play with us.” Ridley’s playing, a supple, muscular and driving take on American R&B bass gestures as cemented by giants like Motown’s James Jamerson, helped lift Humble Pie into the kind of high-octane soul-rock terrain that Led Zeppelin—whose singer, Robert Plant, was a notable devotee of Steve Marriott—were exploring on their Glyn Johns-engineered debut album from earlier that year. “The Pie,” as they would take to calling themselves, also explored a similarly pastoral acoustic side, much of it recorded at Marriott’s new bucolic digs, Beehive Cottage, in the English countryside.

Signing to controversial impresario Andrew Loog Oldham’s Immediate Records label, the nascent Humble Pie soon released As Safe As Yesterday Is and Town & Country, both in 1969, followed by a self-titled third album (and A&M Records debut) in 1970 often simply called “The Beardsley Album,” owing to its Aubrey Beardsley-illustrated cover. Classics by any measure, the records are wide-ranging statements that embrace the kind of rootsy folk-rock of groups like The Band (“Every Mother’s Son,” “Earth & Water Song”) as well as the kind of moody, majestic rock epics that echoed post-psych bands like Pink Floyd (“Live With Me”) and a funkier take on the potent proto-riff-rock of groups like Black Sabbath and Blue Cheer (“One Eyed Trouser Snake Rumba,” “Red Hot Mamma, Red Hot!”)

But even after several well-received U.S. tours to promote those albums, and the critically acclaimed Rock On album in early 1971, it was ultimately that year’s Performance: Rockin’ the Fillmore, with its earth-shattering highlights­—including “I Don’t Need No Doctor” and “Stone Cold Fever”—that jetted Humble Pie into what David Gilmour once described as “the super leagues.” Featuring Frampton’s flights of futuristic modal-blues soloing, Marriott’s pummeling Les Paul/Marshall rhythm tones and soulful, stratospheric singing, and an on-fire live rhythm section in Shirley and Ridley, the quickly Gold certified album was an instant coronation.

Its funky and fantastic follow-up, 1972’s Smokin’, recorded and mixed at Olympic Studios by Alan O’Duffy—who’d just stunned the world of both rock and musical theater with his pioneering work on the Jesus Christ Superstar cast album—saw the departure of Peter Frampton for soon-to-be-a-superstar solo pastures, and the arrival of David “Clem” Clempson, whose fierce but tasteful guitar work in the bands Bakerloo and prog heroes Colosseum amply suggested he was entirely poised to nail the gig.

He did. Clempson’s wicked wah-wah tones and adroitly musical, never phoned-in progressive blues filigrees, fills, and solos slotted in perfectly with multi-tasker Marriott’s dynamic Hammond organ chords and sky-searing vocal bursts, and an even more stripped-down, groove-centric Ridley/Shirley rhythm axis. Crank up “Hot & Nasty,” “The Fixer,” or the perennial “30 Days in the Hole” for a whiff of the fiery, fun, funky fumes emanating from Olympic’s storied tracking room.

While 1973’s Eat It contains myriad pleasures—including perhaps the iconic take on Ike and Tina Turner’s “Black Coffee,” featuring newly acquired backup singers The Blackberries—it also began the group’s slide into a less copacetic relationship, largely driven by the demise of Marriott’s marriage to model Jenny Dearden, and his precipitous slide into cocaine and alcohol addiction—some close to the band have even described it as “cocaine psychosis”—and the eventual dissolution of the band by 1975. (Steve Marriott died in a house fire at the age of 44 in 1991. Greg Ridley would pass away from cancer, age 62, in 2003. Shirley would go on to play with Fastway, John Entwistle, Badfinger’s Joey Molland, and more. Clempson has worked with Andrew Lloyd Webber, Jack Bruce, B.B. King, and many other luminaries.)

Nevertheless, after a fallow period, the band would soldier on in several recastings, partial reunions, and new iterations, with Shirley, Ridley and/or Marriott allied with noted players like Bobby Tench, Jim Leverton, Charlie Huhn, Anthony Jones, and Dave “Bucket” Colwell.

Indeed, it would be Colwell—part of the 2000-era lineup with Shirley, Ridley, and Tench that produced the excellent 2000 album, Back on Track—who Shirley would task with populating a new live incarnation of Humble Pie to bring the group’s cherished material and gritty spirit to stages across the world in 2018. (Colwell is the widely admired guitarist and songwriter who both shared and solo-occupied the guitar chair of his pal Mick Ralphs in Bad Company for 12 years, from 1990’s Holy Water Tour to 2002’s Merchants of Cool album and tour with Paul Rodgers.)

“We all have a great sense of love and pride for Humble Pie,” says Shirley, now 70, “and that includes the original members, their families, and what we were able to achieve. It goes without saying that no one will ever replace Steve, Peter, or any member of the band. My goal is to keep the legacy of Humble Pie intact as one of the greatest live acts in rock, while satiating the need for generations of our beloved fans to again enjoy our music performed live by world-class musicians.” 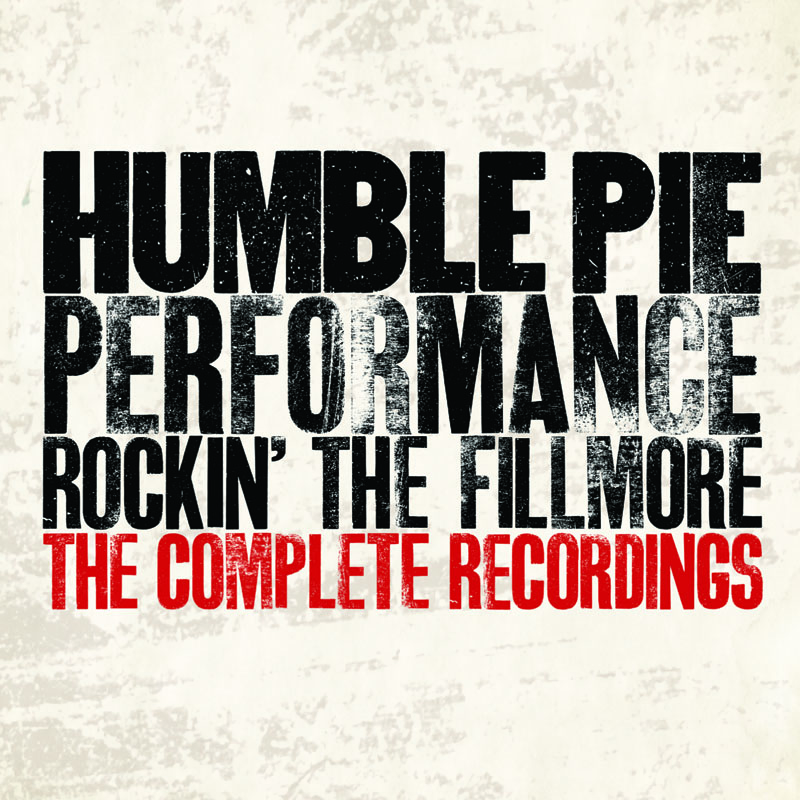 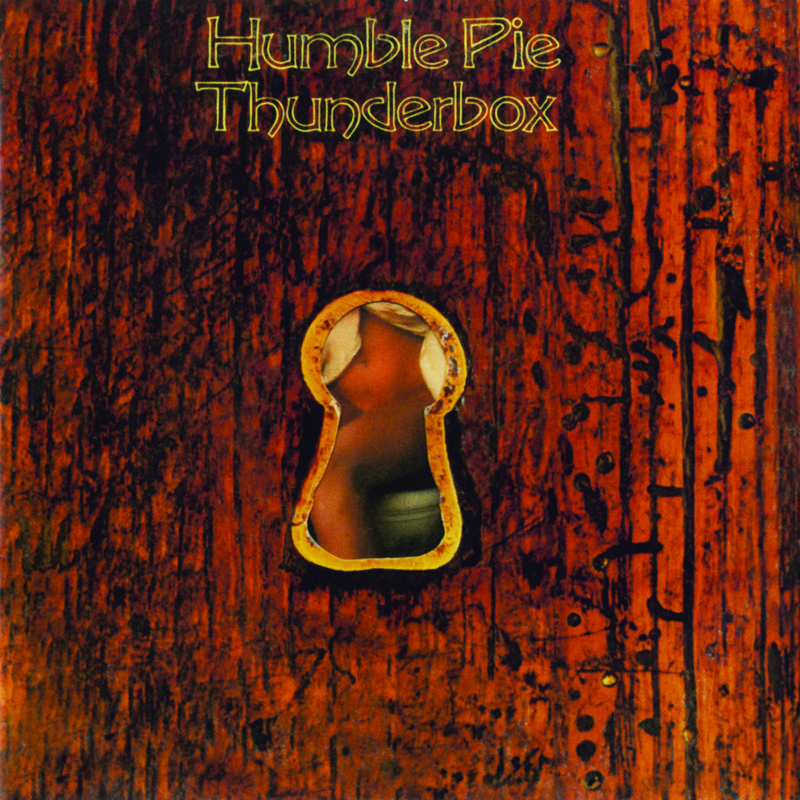